In March, when lockdowns started and shit hit the fan, I started talking with a couple of friends of potentially starting a mutual aid organization to help mitigate the problems arising because of covid-19; we have always wanted to initiate a mutual aid fund, and saw how this crisis presented the perfect time to get one going. I’m part of the Las Vegas DSA (Democratic Socialists of America) Chapter, so I had many friends who were interested as well. We were initially going to start it on our own, when the Co-Chair of our DSA Chapter announced the founding of the chapter’s Mutual Aid Organization dedicated to helping Las Vegas. And then on out, we’ve been building our network across the city.

I’m a teacher, so when covid-19 started, I basically had a lot more time on my hands to do things, so I spent a lot of time with my teammates helping building this mutual aid organization.

We initially set up a Facebook and started inviting ppl to join the mutual aid organization and try to spread the word so people can ask for help, provide help, or even donate. We did run into some problems however, where some people were trying to also start things, and tried to delegitimize mutual aid org started by DSA. However, we got past that and now have established a viable mutual aid organization in our city.

We heavily relied on food banks in Vegas, especially Three Square: a charity which exclusively distributes food. We then made google form where people could fill out what help they could offer and what help they needed.

I was a dispatcher who connected one-on-one with people to connect people with their needs, so I would essentially match one who said they could provide the thing another person was seeking.

Thus far we’ve distributed about $6000 in financial help cumulatively, which our DSA Chapter has limited to a max of $100 per person due to our limited funds. We also help coordinate food deliveries to vulnerable peoples, along with helping the homeless population. In fact, some homeless have reached out for help, in which we provided them basic hygiene kits to protect themselves against the coronavirus. Sometimes we provide emotional support, but this is not usually solicited. If one has specific requests, they can go into the facebook group community and post something (about 200 members in it), where someone can fulfill their need. If they want it to be anonymous, they can send it to the admin of the group who will post it for them. Some people are also interested in starting a street medic collaboration for protest help. However, we have yet to gain steam on this initiative.

I’m also excited to announce that the Las Vegas DSA Chapter has started permanent mutual aid committee in June. We’re now working on starting own food pantry and taking in donations to not depend on charities and food banks

I think a major reason why we wanted to start this mutual aid organization was to just straight up help some people in this crisis, especially when the government was so stagnant in doing anything. We hope this be something that will last longer than us (the initial organizers), and hopefully become something way better and efficient since we have such little experience in organizing things such as mutual aid organizations.

But I sort of admire this initial chaos of it all, because it shows the beauty of what mutual aid is; it’s a way of creating community support outside government institutions and charity and showing people that we can sustain one another, where you’re able to help your neighbor plus people around, just to take care of one another. It’s important to acknowledge this isn’t just an individual exchange, but rather a community-aid network where we are all helping one another. It’s presumed some people will be haves and others will be have-nots, but there’s never a discussion of a solution. We want to demolish that dynamic where those with privilege have all the power to help, where the community could mutually help itself. It erases the dynamic (or at least that is the goal) of advantaged helping disadvantaged. It is all reciprocal instead.

Some people may be suspicious of asking for help or providing help to our mutual aid organization since it is tied to DSA. However, in my experience, this hasn’t repelled much people, because organizations like DSA attracts people who want to help others to directly affecting their lives. There are other people involved with DSA Las Vegas who started their own area’s mutual aid organization, like one in the Southern Highlands Area. And of course there are other organizations in the area such as the Vegas Community Pantry who provides food. Another one is Food Not Bombs, who has been working a long time in Las Vegas, and has considered themselves to be a mutual aid organization in the Las Vegas Area. Overall, the Las Vegas area is beaming with people who have risen to the challenge to help their communities themselves. I am so deeply proud of my city. 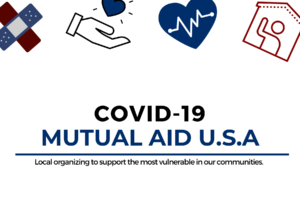 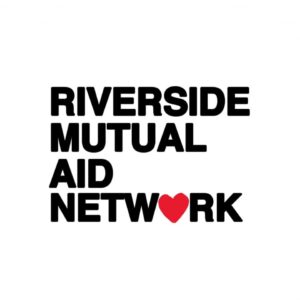