(a tribute to our courageous medical professionals)

to assault my senses

with that lethal, invisible nemesis

a minuscule puff of oxygen

as i enter the township of solitude

yet we connect deep-

in my desire to cherish, those

and their humble urgency

to shield a choking soul

from the fangs of Yama*

we connect in our hopes

(hopes are not wayfarers,

they have a destination)

my focused hope to heal

a fragmented consciousness and

theirs to lend that sanguine glow

to yet another dying flame

we connect in our aspirations-

mine to see them conquered

(Orpheus takes the path from light to dark

and back to light)

theirs to watch my exhilaration

when gasping breaths first met them,

when hopes were but a sea of ash,

i was merely a COVID number

they, the summoned saviours

we are soulmates now

we connect in our optimisms

in a two-star constellation

draped in the same dreams,

we battle the same foe

we connect in our goodbye gestures-

their plural palms in farewell cheer

their nests woven in my heart,

i say a silent prayer

in singular poise, in dainty pace

*In Hinduism, Yama, also referred to as Yamaraja, a Rigvedic deity, is the Lord of death and of justice. In the Puranas, Yama is depicted as having four arms, protruding fangs, and the complexion of storm-clouds with an expression of wrath.

Let's keep the music on

“we must accept finite disappointment, but never lose infinite hope.”

remain dressed in their formal best

defying blackholes of the time

from sanitized sites of seclusion

from bondages of quarantine

death in a hurry, whirlpools of misery

but the insides, in meditative chants

keep the music on

the sun limps on crutches of shadows

in recall of moribund songs

of the savage grippe espagnole**

yet raga bhairavi*** meanders in

on the city’s throbbing face

yet, that infinitesimal spark of hope

eludes the ferocity of annihilation

to moist eyes of an age-bent wife

“tears too have dreams” he says

the third eye of the westward sky

has its own tale to tell—

homeward birds are flying in

with the loving, distant folks and kin

wings its way to earth’s door–

the rare orchid will bloom again

herons will fly the sky in flocks

gentle zephyrs would sing once more

*Known as the preserver, Lord Vishnu is one of three supreme Hindu deities. Vishnu’s role is to protect humans and to restore order to the world. Indra, in Hindu mythology is the king of gods.

***Bhairavi is a Hindustani Classical sampurna raga. This  raga  employs the notes of the Phrygian mode which is one of the traditional European church modes.

Time too has an oasis

in a state-of -the-art lab

that ravages in malignant manipulations

Artemis* at our threshold

unable to dream the form of a flower

sighs at universes beyond, their lucent suns,

of cupping their moons in eager palms

myth nor mystery can light a lamp

‘black devil’ on the garden fence

the subtle hint of sweet fragrance

do jasmines ever blossom in death-land?

pallor stretched across the skies

mother’s callused palms in hers,

trudges dazed through dust and haze

till dusk turns the corner

where are the pathfinders to promised lands?

a shadow theme to these throbbing words

only live their carnage in sacred lands

where plural gods in unison

choreograph the ascent of stars

where nights wake up from dreamless sleep

to hopes draped in morning mist

where, time too, has an oasis.

*Artemis, in Greek religion is the Goddess of hunting, of wild animals etc. Armed with a bow, quiver, and arrows, she sends plague and death among mankind and animals. 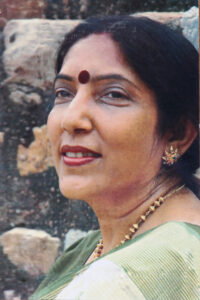