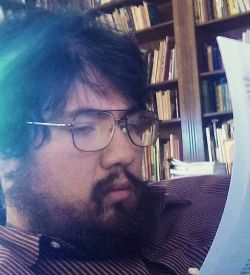 Matt Sedillo has been described as the “best political poet in America” as well as “the poet laureate of the struggle” by academics, poets, and journalists alike. He has appeared on CSPAN and has been featured in the Los Angeles Times, among other publications. He has spoken at Casa de las Americas in Havana, Cuba, at numerous conferences and forums such as the National Conference on Race & Ethnicity in American Higher Education, and at over a hundred universities and colleges, including the University of Cambridge, among many others. He is currently the literary director at the dA Center for the Arts.